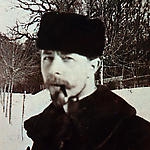 Royal Copenhagen , long est entered a new era in 1900, when artistic director Arnold Krog (pictured) encountered French studio stoneware and decided to bring the art of stoneware to Denmark. In 1912, after a long period of technical problem-solving, Patrick Nordström established the firm's stoneware department. Using a unique blend of color and glaze materials, the firm produced exquisite Japonist vases, covered jars, and figures. The firm merged with Bing & Grøndahl in 1987. The Royal Copenhagen porcelain manufactory, founded under the patronage Queen Juliane Marie in 1775 as the Royal Danish Porcelain Manufactory, was one of the first factories outside of Germany to begin regular production of china dinnerware and porcelain figurines. This was the result of innovations exported from Meissen and nearly 100 years of independent experimentation.

Chemist Frantz Henrich Müller was the first in Denmark to master the formula for hard paste porcelain, and was employed by Royal Copenhagen from its founding. Like Meissen, the earliest pieces of Royal Copenhagen were painted with cobalt blue glaze. At the time, this was the only known color that could withstand the extremely high temperatures required to achieve the desired hardness of Chinese style porcelain. Unlike Meissen and other porcelain factories, however, Royal Copenhagen continued to produce china and dinnerware in the traditional "blue and white style," even after methods for employing other colors were discovered. For this reason, cobalt blue has become the distinctive trademark of Royal Copenhagen porcelain dinnerware.

For almost a century the Royal Danish Porcelain Manufactory was run by the Royal Family. In 1868 it passed into private hands, but still retained its name and the privilege of flying the royal swallow-tailed flag. Some years later, in 1882-84, the factory was amalgamated with the Aluminia faience factory and moved from the center of Copenhagen to new premises in Frederiksberg.

Painter and architect Arnold Krog (1856-1931) was appointed director in 1885. He developed a new technique for painting under the glaze, which made it possible to depict landscapes and apply other naturalistic decorations. The new porcelain was shown at the World Fair in Paris in 1889, where it was awarded the Grand Prix. In 1893, the factory presented its new glazes at the Chicago World's Fair to great acclaim. The factory had also mastered the craquele technique in Persian blue, snakeskin grey, and red-brown. The new effects were well-suited to the aesthetic of the turn of the 20th century, thus Royal Copenhagen made its international breakthrough, opening up shops in Paris, New York and London. In 1900 Krog was awarded the Grand Prix for his Marguerite service at the World's Fair in Paris.

While in attendance he was attracted to the stoneware by French studio potters Chaplet, Delaherche, Dalpayrat, Dammouse, Cazin, Jeanneney and Hoentschel. Krog returned to Denmark inspired and determined to bring the art of stoneware manufacture to Denmark. It was not until 1912 that Royal Copenhagen established a stoneware department under the direction of Patrick Nordström (employed by Royal Copenhagen from 1911 to 1923). A devotee of French stoneware, particularly the Carries School's, he arrived with his own vitrifiable stoneware clay, his own glaze materials, and his own methods all of which he kept secret. Years later researchers realized that he had learned much of what he knew from an article that appeared in Art et Decoration in October 1910, wherein Auclair, a former Carries collaborator, revealed Carries's secrets. A footnote in that article led Nordstrom to an earlier article in the same journal in which Taxile Doat revealed some of Sevres's methods.

Nordstrom worked in the Carriés tradition but also extended the knowledge at hand into other realms. An astonishing variety of coloring and glazing materials were employed: basalts, lavas, copper and iron, rutile, and wood ash. The uniquely tactile, luminous quality of stone clays in unity with colors created by intense heat and flame acting on carefully formulated glazes, gave rise to some of the finest examples of decorative art of the 20th century. 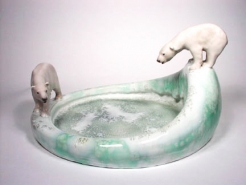 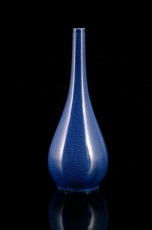 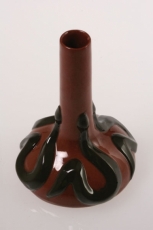 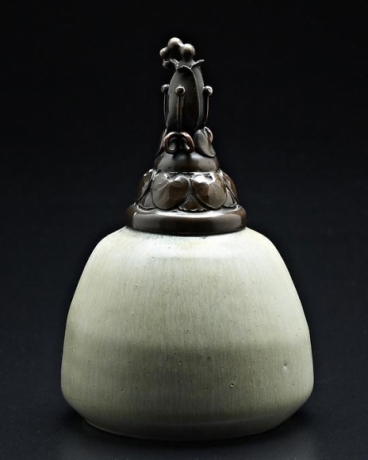 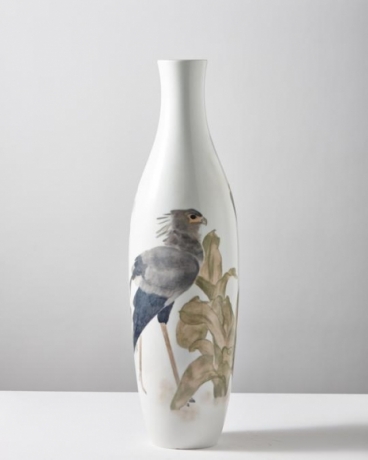 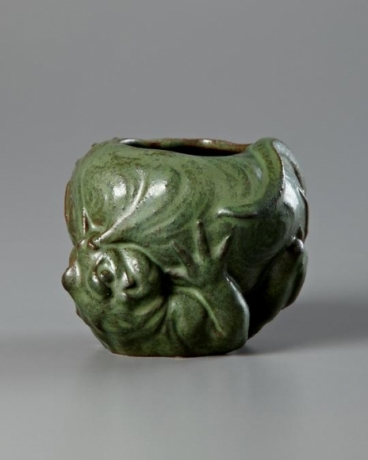