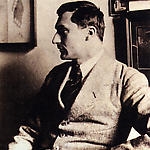 Pietro Melandri was born in Faenza, a city with a long history of ceramic production. Between 1897 and 1905, he was an apprentice at the Brothers Minardi workshop. He later moved to Milan where he worked as a decorator and attended evening classes in set design at the Brera. During WWI, while imprisoned in Hungary, he became familiar with the Vienna Secession and created his first ceramics. In 1918, after returning to Faenza, he established a ceramics workshop. His earthenware and stoneware included vases with painted luster and sometimes modeled in relief in a wide variety of styles. He also created sculptural portraits, masks, figures, and wall panels. 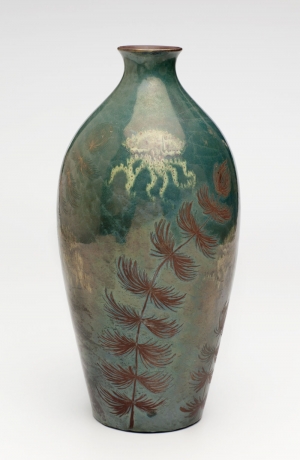 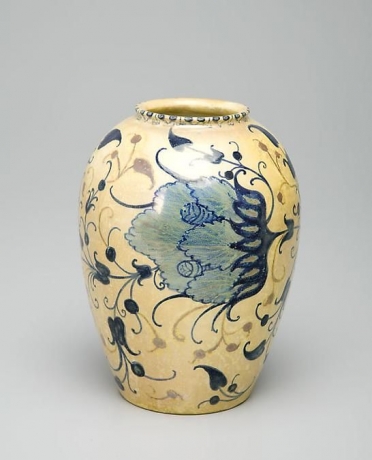 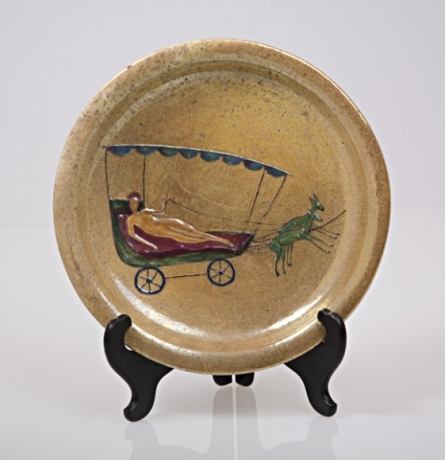