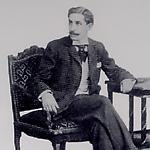 Henri de Vallombreuse (1856 – 1919) was a French ceramicist of the Carriès school. Though his family fled to Algeria during the French Revolution, they returned to France with the young de Vallombreuse in the 1860s. As a young man, he studied painting at the Académie Julian, where he met influential artists such as Nadar and Henri de Toulouse Lautrec. In moving to Puisaye, Henri was immediately influenced by the work of Jean Carriès and abandoned painting for the art of pottery. After declaring himself a potter, de Vallombreuse began work in the studio of Albert Gaubier. The artist was highly influenced by both Japanese ceramics and the ceramics of local potters in Puisaye, combining distorted, squashed forms with a striking naturalism. 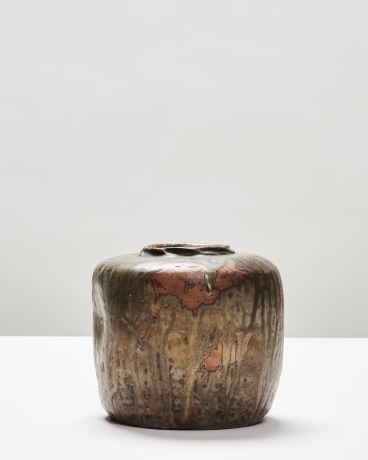