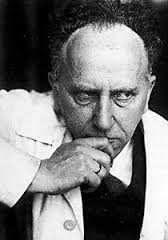 Adler's wonderful work—designs for textiles, ivory carving, and leather goods, produced both by hand and industrially—began to appear in 1897 in art journals such as Kunst und Handwerk and Deutsche Kunst und Dekoration. He provided designs for functional and decorative pewter to manufacturers including Orion and Walter Scherf & Co. (under the trademarks Isis and Osiris), Reinenmann, Lichtinger, and the Peter Bruckmann silver company. Adler was also recognized for his furniture designs. His reputation was firmly established by virtue of receiving a commission to design the entrance hall of the Württemburg display for the international exposition of decorative art in Turin, 1902. Friedrich Adler (1878-c1942) was born in Laupheim, a city in the southwestern German province of Württemburg. He belonged to Jewish family of artisans and trades people who had settled there in the 18th century. His father, Isidor Adler, was an affluent confectioner. In 1876, Isidor hired an architect to design an Italian Renaissance building to house his new grocery and candy shop on the ground level, and family in second story living quarters on Kapellenstraße. Relief ornamentation on the façade, including a bust of the Greek god Hermes, attested to Isidor's affinity for the arts.

Reflecting on his childhood, Friedrich Adler later recalled that nature provided him with inspiration that would inform his later creations. When Adler was six years old, he began to study with a young art teacher who taught drawing and painting from plaster casts. Intrigued by the casts, young Adler developed an interest in plaster models which would soon extend to the modeling of other materials. After attending the local Jewish community school, Adler moved on to the Laupheim Latin School and an international school in Mittenberg am Main. While his brothers became established in their professions—Edmund became a professional pianist, who played for synagogue and town events; from 1894 to 1898 he studied at the School of Applied Arts in Munich. After working independently for two years, he enrolled at Hermann Obrist's and Wilhelm Debschitz's school, where he would later teach.

Until 1907 his designs were stylistically affiliated with Munich Jugendstil, particularly as practiced by his teacher, Hermann Obrist. After he began teaching in Hamburg in 1907, he adopted the more stringent line of Viennese Jugendstil, probably through the example of his fellow faculty member Carl Otto Czeschka. Highly regarded as an artist and teacher, Adler was nominated as head of the master course at the Bavarian Applied Arts Museum in Nuremberg.

Adler is considered by some to be the first to create Judaica in a modern style. In 1908, he designed a silver spice container with clean lines, whose perforated cover rises in the center to form a handle. Three years later, he created a bulbous Torah crown for the Hamburg Temple based on nineteenth-century shapes, whose surface, however, is an expression of Judgendstil artistic principles. Plain areas of polished silver alternate with perforated panels composed of sinuous leafy forms. The companion Torah shield was completely covered with ornament. In 1912 and 1913, Adler created multiples of Judaica for domestic use: a seder set, kiddush goblets, etrog and spice containers, and candlesticks. His seder plate had a new broad and low outline, enclosing solid areas of silver contrasting with perforated ornament based on nature. In 1914, he formed an association with a firm in Regensburg to produce a line of pewter and brass Judaica.

The culmination of these efforts was Adler's design for the interior of a synagogue, exhibited in 1914 at the Werkbund Exhibition in Cologne, which was cited for its unity of forms and decoration. The specialist journals were unanimous in their praise, writing that Adler's work was "up to the best Werkbund standard, in both inspiration and design."

In 1933 the Nazis rescinded Adler's teaching permit and forced him to retire. Under the auspices of the Hamburger Jüdischer Kulturbund, however, he was able to continue giving lectures and courses on a private basis, an a number of his writings from this period have survived. On July 11, 1942 Adler was deported to Auschwitz. The date of his death is not known. 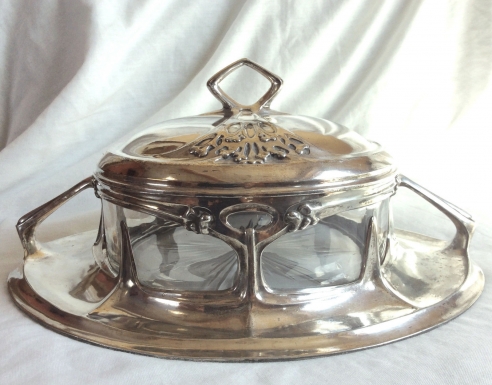 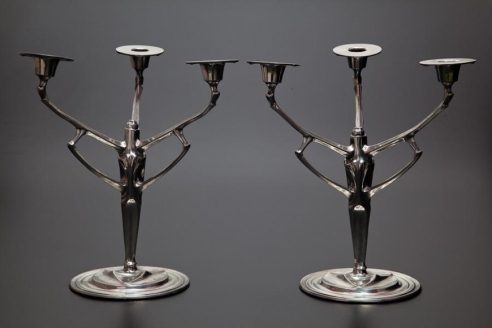 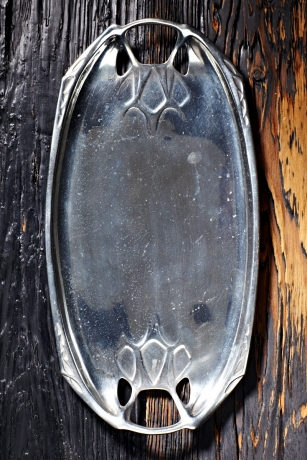