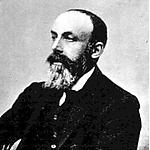 Ernest Bussière debuted as a sculptor at the Salon of 1883. Thirteen years later he began to provide sculptural models for the Luneville faïencerie of Keller & Guerin and continued to collaborate with the firm until 1909. His mark on a Keller & Guerin piece is pictured. Most of his ceramic works were based on abstract plant forms. Made with a fine white earthenware clay, they were glazed twice and fired at low temperatures, resulting in a thin "skin" of refracting pigments on top a velvety base. Bussière's final pottery exhibition took place in Nancy in 1909, after which he returned to his life as a sculptor and professor at the Nancy École des Beaux-Arts. Born and raised in Nancy, Ernest Bussière trained as a sculptor. While studying at the Paris Ecole des Beaux-Arts, he supported himself by working for furniture designer Louis Majorelle. It was in circa 1896 that Bussière first provided models for Keller & Guérin. 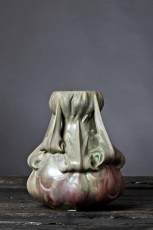 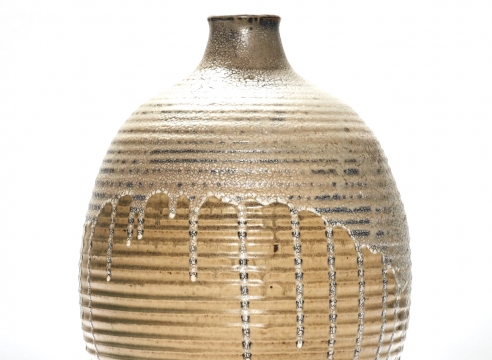 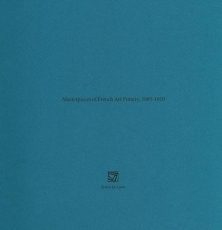