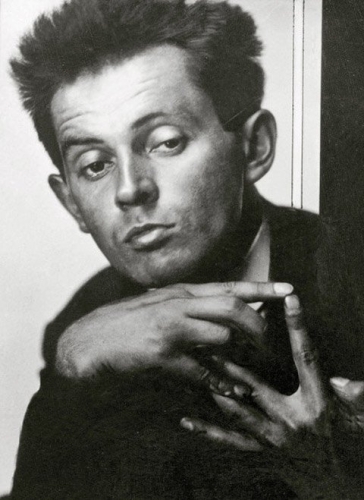 "Egon Schiele is known for being grotesque, erotic, pornographic, and disturbing, focusing on sex, death, and discovery. His drawings are documents of one hand and one eye. An eye that hungrily absorbs the form and a hand that draws it with meticulous certitude, as if in a state of somnambulism…. Apparently naive and beyond every philosophical system, Egon Schiele is all eye and hand," reads the printed introduction to the Zeichnungen, a portfolio of 12 monochromatic Schiele collotypes published in 1917 by Richard Lanyi. Egon Schiele (1890-1918) was born in Tulln on the Danube. His father, Adolph, worked for the Austrian State Railways as a station master; his mother, Marie, was from Krumau, in Bohemia. As a child, he attended the school run by the Stift Klosterneuburg, where his arts teacher K.L. Strauch recognized and supported Schiele's artistic talent.

In 1907, Schiele sought out Gustav Klimt, a successful Austrian artist of the new generation. Klimt took an immediate interest in the gifted young man, buying his drawings, offering to exchange them for some of his own, arranging models for him and introducing him to potential patrons. He also introduced Schiele to the Wiener Werkstätte, the arts and crafts workshop connected with the Vienna Secession. He invited Schiele to exhibit some of his work at the 1909 Vienna Kunstschau, where the younger man encountered the work of Edvard Munch, Jan Toorop, Vincent van Gogh and others. Once free of the constraints of academic conventions, Schiele began to explore the human form and human sexuality. Many of his contemporaries found the explicitness of his works disturbing.

Together with his 17 year old girlfriend, Schiele moved to a studio in Neulengbach and soon attracted a coterie of sorts: a group of local delinquent children found shelter in the artist's studio. Schiele's way of life aroused much animosity among his neighbors and in April 1912 he was arrested for seducing a girl. When police came to arrest him, they seized more than 100 "pornographic" drawings. Schiele was imprisoned while awaiting his trial. The charges of seduction and abduction were eventually dropped but the artist was found guilty of exhibiting erotic drawings in a place accessible to children. In court, the judge burned one of the offending drawings over a candle flame. While in prison, Schiele created a series of 12 paintings depicting the difficulties and discomforts of imprisonment.

On the 20th of June 1915, three days after his marriage to Edith, Schiele was ordered to report for service in the army. He never saw action and was able to continue painting and sketching during the two years he was stationed in Prague. Upon returning to Vienna, he released a series of work that resulted in an invitation to participate in the Secession's 49th exhibition. Fifty of his works were accepted and displayed in the main hall. The show was a triumph and, as a result, prices for Schiele's drawings increased and he received many portrait commissions. During the same year, he had successful shows in Zürich, Prague, and Dresden.

Schiele participated in numerous group exhibitions, including those of the Neukunstgruppe in Prague in 1910 and Budapest in 1912; the Sonderbund, Cologne, in 1912; and several Secessionist shows in Munich, beginning in 1911. In 1913, the Galerie Hans Goltz, Munich, mounted Schiele's first solo show. A second solo exhibition of his work took place in Paris in 1914.

In the autumn of 1918, the Spanish flu epidemic that claimed more than 20,000,000 lives in Europe reached Vienna. Schiele's wife Edith, who was six months pregnant, succumbed to the disease on 28 October. Schiele died only three days after his wife. He was 28 years old. During the three days between their deaths, Schiele drew a few sketches of Edith; these were his final works. 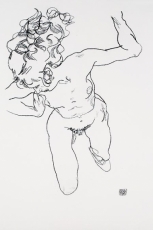 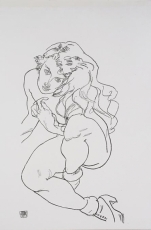 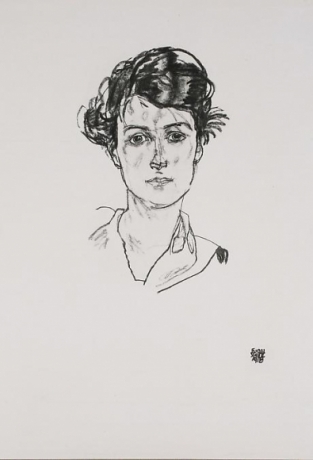 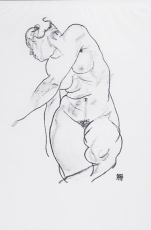 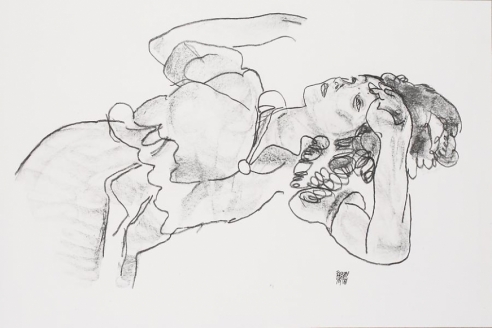 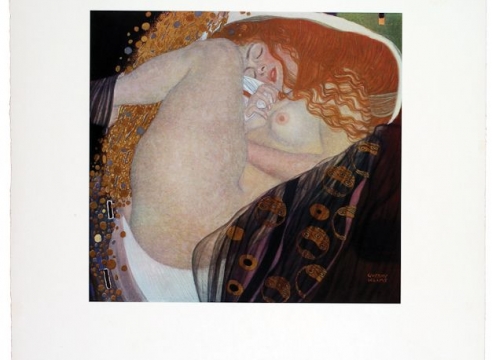 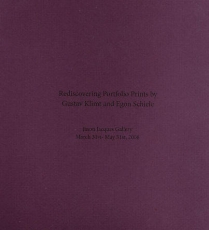 Rediscovering the Portfolio Prints of Gustav Klimt and Egon Schiele
2007 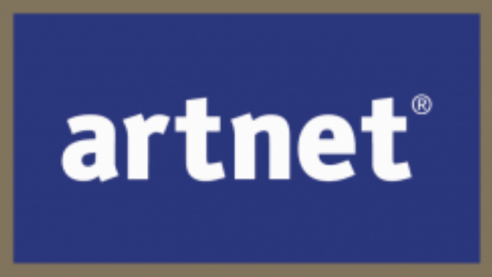