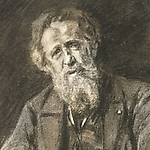 Painter and sculptor Constantin Meunier (1831 –1905) was born in Etterbeck, Brussels, Belgium. His first exhibit was a plaster sketch, "The Garland," shown at the Brussels Salon in 1851. Soon afterwards, on the advice of the painter Charles de Groux, he abandoned the chisel for the brush. His art was devoted almost exclusively to the plight of the common man, an interest shared by contemporaries such as Jean-François Millet in France and Vincent Van Gogh in the Netherlands. Labor-related art found favor among a growing circle of intellectuals and Christian Socialists who were to be the harbingers of the new world order ushered in with World War I.

Peasants, ploughmen, factory workers, and blacksmiths populated his paintings, communicating the message that laborers, as a class, were at the mercy of the elite. In 1885 Meunier returned to sculpture and produced carved and cast work devoted to the same themes that he had explored in paint.

Meunier's "Monument to Labour," which was acquired by the State for the Brussels Gallery, comprises four stone bas-reliefs, "Industry," "The Mine," "Harvest," and the "Harbour"; four bronze statues, "The Sower" "The Smith" "The Miner," and the "Ancestor"; and a bronze group, "Maternity." Meunier died in Brussels in 1905. 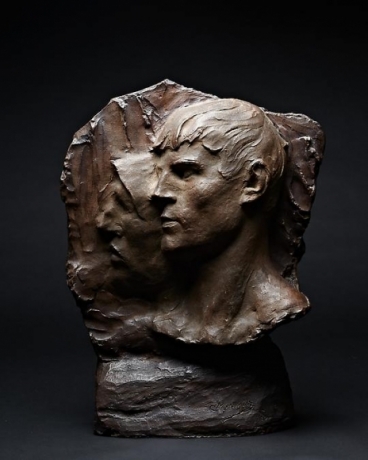