Axel Salto is internationally esteemed for his organically shaped and ornamented stoneware. His surface textures seem to ripple or bubble with life... life that has been magnified for emphasis and glorious decorative effect. Salto worked in three main styles; budding, sprouting and fluted. He also experimented with unusually rich glazes including several that demonstrate his passion for Chinese precedents. Royal Copenhagen produced Salto's designs from the 1930s until after his death. Formally trained at the Copenhagen Academy of Art, Axel Salto began his professional career with woodcuts in the Arts and Crafts idiom, painting, book illustration, and textile design. However, it was his organic ceramics that brought him to the attention of the international design community. He worked at Bing and Grondahl from 1923 to 1929 and later at Royal Copenhagen. There he developed novel glazes and experimented with colors that were new to the Danish palette.

While Salto seems to have cast a wide net for inspiration in his early ceramics, he turned in his mature work to botanical growth on a magnified scale. Instead of depicting complete flowers, for example, he may have created a relief pattern suggesting the texture of a giant seed pod. His rippling and bubbling surfaces encouraged the flow and pooling of glazes, thus creating a subtle variety of densities. His best-known works were more akin to the organic pottery of the Arts and Crafts and Art Nouveau eras than to the sleek, abstract work of his contemporaries. 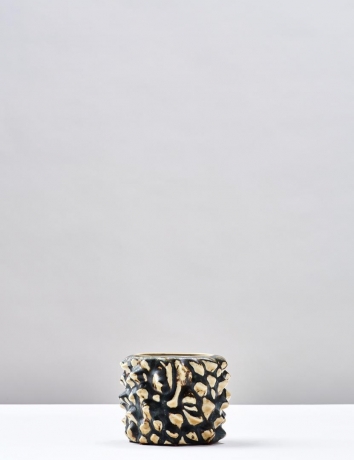 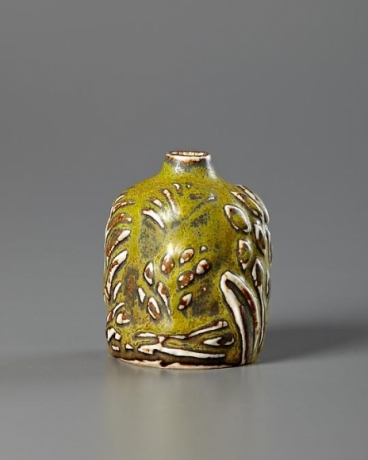