The line at Fog Design + Art was 50 deep when it opened at 11 a.m. Thursday, Jan. 16, but Alexander and Rachel Lloyd did not have time for lines. They had a one-hour booking with art adviser Holly Baxter, who got the Lloyds through as if she were a ski instructor going around a lift line.

In front of them were 48 of the top art galleries from around the world, connected by a red carpet that ran the length of the Fort Mason Festival Pavilion on a pier overhanging San Francisco Bay. Each gallery has a small room and it is easy to get lost, with an expected 12,000 visitors over the weekend.

“I know the terrain,” said Baxter, enjoying the ski instructor analogy. “I know where to turn.”

Art advisers, or consultants, represent collectors while gallery owners represent artists. Advisers are there to find the good stuff and negotiate a fair price for it, with the long goal of turning the individual pieces into a collection. As the marketplace continues to revolve around a  circuit of art fairs, advisers also do the traveling. There is at least one major fair every month (except in August). Fog is the first fair of the 2020 season, which will take Baxter to Los Angeles and Mexico City in February, New York in March, and so on, Switzerland, France, England, Germany and Hong Kong.

“People come to these fairs and they don’t know where to begin,” said Frish Brandt of Fraenkel Gallery. “Having an adviser is like having your own art psychic.”

There is no test to becoming an art adviser and no licensing agency or overseer. Baxter became one after operating a contemporary art division at Restoration Hardware, including a gallery in New York. Prior to that she’d been a partner in Baxter Chang Patri Fine Art, a Union Square gallery that opened right after 9/11 and lasted for five years.

This is where she met her client Alexander Lloyd, a San Francisco venture capitalist. On the side, he co-founded the Media Arts Council at the San Francisco Museum of Modern Art in 2000 and served four years on the San Francisco Arts Commission. But even he needs help at an art fair.

“It’s about trust. Holly has found stuff for me that I never would have found,” Alexander Lloyd said, turning to Baxter excitedly. “What are we going to see?”

In the hour spent with Baxter, the Lloyds were able to see five of the 48 galleries exhibiting at Fog. The job of the adviser is to prescreen the fair through advance mailings and sneak previews. No collector can hit all of the galleries on display because there are two major fairs on the waterfront this weekend — Fog Design + Art, now in its seventh season, and Untitled, Art, in its third year, on Pier 35.

Untitled has 60 international exhibitors and last year Fog had 53. Fog had eliminated seven due to audience feedback calling for fewer galleries and more space to the galleries in attendance. A few other galleries were not invited back to make way for six new exhibitors.

“I think galleries are kind of outdated,” said Alexander Lloyd, psyching himself up for entry. “It’s all about the fairs.”

Before her first client arrived, Baxter had done recon at the opening night gala and even put a few pieces on reserve, a luxury afforded to advisers. She had also she met Jason Jacques, a gallerist from the Upper East Side of Manhattan. When Jacques saw Baxter coming down that red velvet runway, her first client in tow, he came out to greet them. That’s another thing about art advisers, they get extra attention because whoever is with them is a buyer not just a looker.

“They know who the top advisers are,” said Baxter.

In San Francisco, there are three major players — Baxter, Laura Smith Sweeney and Zlot Buell, a partnership of Mary Zlot and Sabrina Buell. Some work on commission of sales, but Baxter works by annual contract, billing by the hour like a law firm.

“If it takes my client five years to find a work of art I am happy to take the time,” she said. “There is no pressure to buy.”

But there is pressure to sell. When the Lloyds expressed interest in a series of works on paper, the gallerist Jacques laid it on thick. “I’m crazy about these three pieces. I love the way they relate to each other,” he said.

On Baxter, Jacques said “she hones in fast on what she likes.”

“She has such a keen razor sharp tuition,” Jacques said. “I admire that.”

Even a veteran like John Berggruen, who has owned a San Francisco gallery for 50 years, admits that advisers fill a need. “They provide a function of service for people who are inexperienced,” Berggruen said, at his booth at Fog. “They bridge the gap between the commercial side and people who have an interest in becoming a collector.”

One of these is Matt Lituchy, chief investment officer for the Jay Paul Company, the developer of 181 Fremont St., a mixed-use tower across from the new Transbay Transit Center. Lituchy hired Baxter to build an art collection for the tower and its onsite gallery on the 56th floor. That overflowed into a personal collection and Baxter has spent the last two years under contract, working on his collection.

“I always had an interest in art,” Lituchy said, “and Holly rekindled it.”

Baxter had pre-selected six galleries to show Lituchy on Thursday and it was the last stop when Baxter gently guided him to a pair of monoprints by New York painter Kate Shepherd at Anthony Meier Fine Arts in San Francisco.

“I just noticed them and I jumped on them,” he said. The retail price was $3,400 each but Baxter seldom pays retail. She approached gallery director Megan McConnell to negotiate the sale. “She is working her magic and protecting her client,” Lituchy said from afar.

Baxter insisted that the two pieces be removed from the wall, with the three-day fair just getting under way Thursday. She did not want to risk damage. Once the art is out the door she will collect a 10% commission of the sale price from her client.

That doesn’t amount to much in the hyper-inflated art world, but her fourth client of the day, a San Francisco couple who didn’t want to be named, made up for it. They put in an offer on “Exclamation Point,” by Richard Artschwager, which had come all the way from Sprueth Magers in Berlin.

The retail price was $550,000. Negotiations ping-ponged from here to Germany to Taiwan, but Baxter was able to close the deal the next morning. As a goodwill gesture she agreed to leave the chartreuse sculpture of plastic bristles on display through the fair’s end Sunday, Jan. 19.

“It was a bit of a cliff hanger,” Baxter said, “but I’m quite happy that this work will remain in San Francisco.” 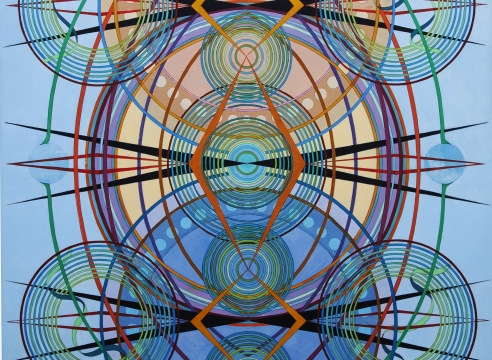 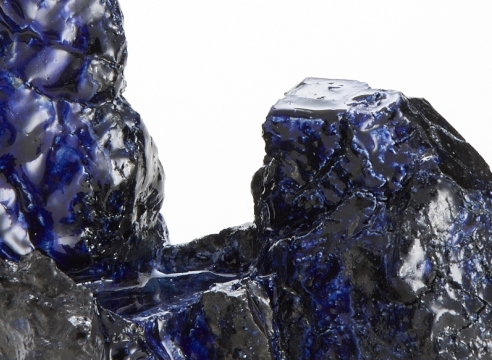 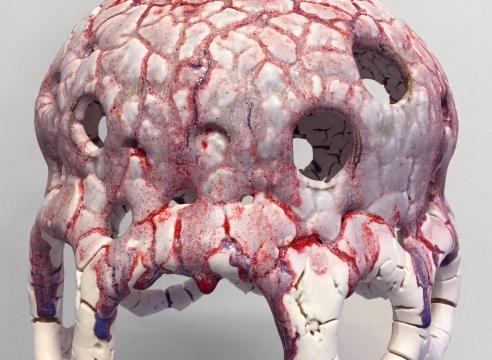 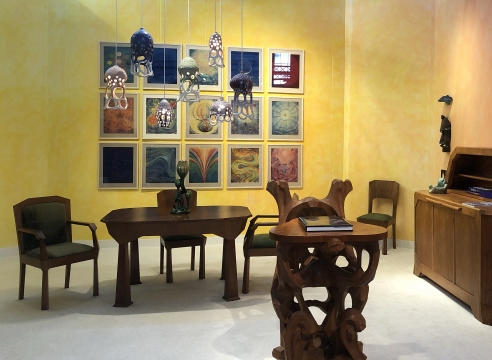