The German ceramist Dieter Crumbiegel (b.1938), born in Essen, first began his study of ceramics at the Academy of Fine Arts in Kassel under Walter Popp. Since 1961, his works have been exhibited extensively, both at home in Germany and abroad, in Australia, Ireland, Italy, Japan, Spain, and Taiwan. Though he opened his own workshop in 1964 in Fulda, the bulk of Crumbiegel’s career has been dedicated to education and selfless didacticism. The artist worked as a lecturer at the Pädagogischen Fachinstitut in Fulda from 1966-71, and then at the Staatlichen Fachschule für Keramikgestaltung in Höhr-Grenzhausen from 1971 through 1977. Since the year 1979, Crumbiegel has worked as a professor at the Hochschule Niederrhein in Krefeld. He has also taught ceramics internationally in cities like Cork and Cairo. He often collaborated with his wife, the well-known ceramicist Marlies Seeliger-Crumbiegel. 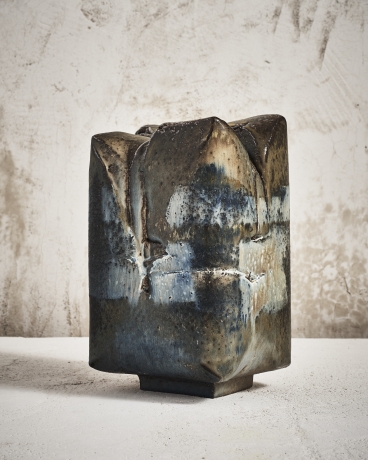 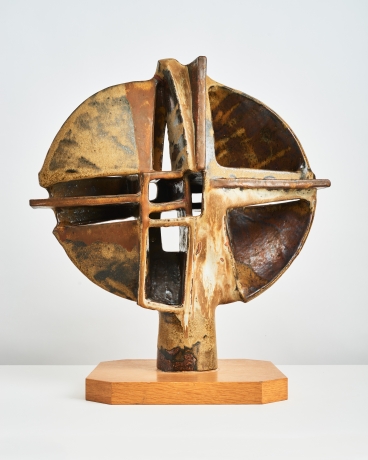 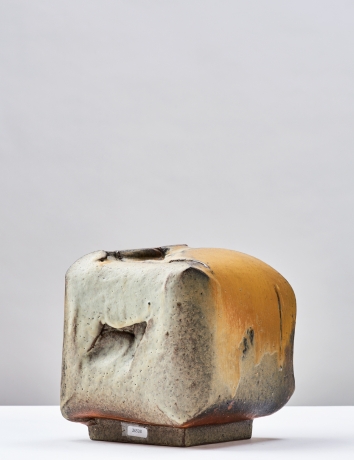 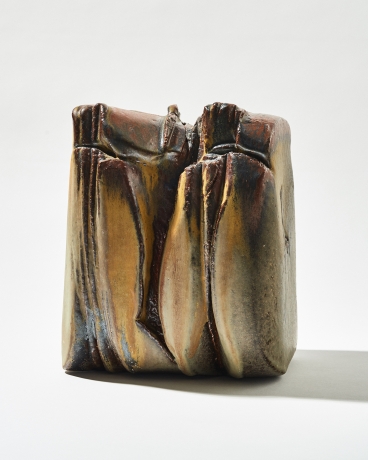