Masterpieces of French Art Pottery was the first exhibition held in Jason Jacques's Upper East Side location. It was a thrilling occasion not only for Jacques, who conjured both the collection and the show using his fertile imagination, but for private and institutional collectors who were astonished by the high caliber of ceramic art produced in turn-of-the-20th-century French ateliers. The selection assembled by Jacques made a thoroughly convincing argument for the position, first taken in modern times by William Morris and John Ruskin in England, that art is art, regardless of the medium. Jacques pointed out that despite the shared roots and aims of non-academic painting (Impressionist, Symbolist, Fauve, Cubist) and non-academic ceramics (whiplash, Japonist, Symbolist, Fauve, Cubist), the ceramic masterpieces have not been given their due. Indeed, as for complexity of technique, success in ceramics requires not only a deep understanding of art, culture, and taste but also finely honed skills in chemistry, design, and business management. Furthermore, he suggested that American Art Pottery, a category that has recently made auction records, is largely based on European precedents, a fact that was openly acknowledged in the early decades of the 20th century. The exhibition included works by the following roster of ceramists: Hector Guimard, Ernest Chaplet, Albert Dammouse, Auguste Delaherche, Jean Carries, George Hoentschel, Emile Grittel, Paul Milet, Taxile Doat, Leonard Gebleux, Adrien Dalpayrat, Edmond Lachenal, Agnes de Frumerie, Raoul Lachenal, Emile Decoeur, Joseph Mougin, Ernest Bussiére, Clément Massier, and Lucien Lévy-Dhurmer. The accompanying calalogue includes color photographs of all pieces in the exhibition, a biographical essay on each artist, and an appendix showing photographs of artists' marks. 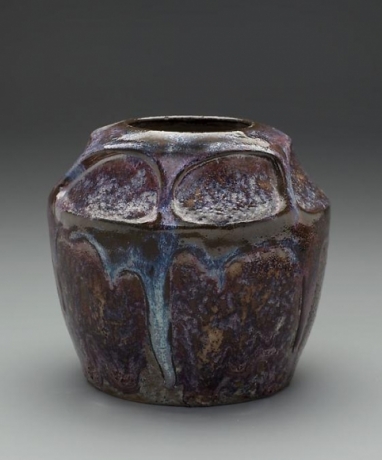 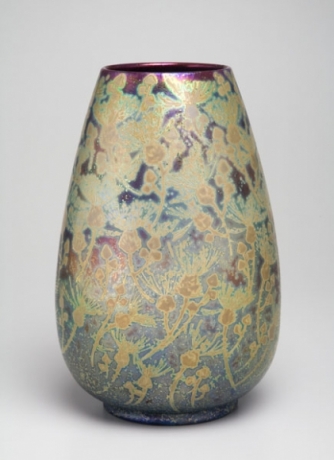 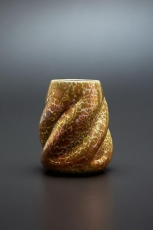 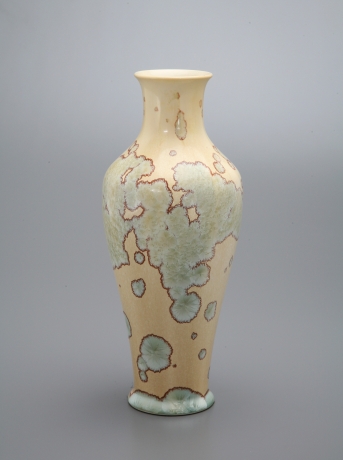 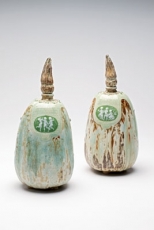