Aneta Regel creates abstract ceramic sculptures that emulate the natural world around her. Trees, rocks, and riverbeds are some of the elements through which she seeks to convey her vision. She captures the forms, energies, and rhythms of these natural phenomena, and also provokes emotional responses in viewers. Regel explains, “The human body and objects found in nature fascinate me. My work carries anthropomorphic references and autobiographical narratives.” In addition to clay and layers of glaze, Regel also uses volcanic rock materials, basalt, granite, and feldspars to form the main body of her pieces, resulting in visually complex surfaces and textures.

Regel is a graduate of the Royal College of Art and member of the Fellow Craft Potters Association. Her work is held in the collections of the World Ceramics Museum in Korea, Westerwald Museum in Germany, and Handelsbankens Konstförening in Sweden. Her first solo exhibition in the United States, Second Nature, was organized at the Jason Jacques Gallery in 2017.

“It is difficult to say [in] words. This is why I made an object,” says Aneta Regel, laughing, after a pause, at the pithiness of her statement.[i] Indeed, the Polish-born sculptor has a strong impulse to communicate: to emote, to converse, and to stimulate response through visual language.

Regel has always been a sculptor:  first by inclination to materials and the three-dimensional, and then, from adolescence onward, by formal training in her native Gdynia, Gdańsk, and London. In her arts-focused secondary school she made hundreds of abstract figure studies in clay. “Maybe that’s why even now I’m still not a person of detail,” she muses. “[There’s] something in my nature to capture the right feeling—the atmosphere.” Continuing her sculptural studies at the Academy of Fine Arts in Gdańsk she explored stone-carving. As much as she was drawn to the material, the technique did not suit her. “I was always gluing back the bits I carved off,” she confesses. In retrospect, it was simply the beginning a new way of working.

Today Regel sculpts in clay (usually stoneware or porcelain) generously embedded with rock or gravel (often granite, basalt, or other feldspathic specimens), and coats her surfaces with vibrant slips and thick glazes. Meticulously, she works, fires, reworks, re-fires, sets elements aside (indefinitely), and recombines them until she is content. Although her work demands technical sophistication she is not tethered to any specific process, preferring to freely explore her materials and their interactions. Most often she works in series, applying herself to several sculptures at time. Working back and forth results in related works that are “like brothers” engaged in a dialogue.

Material and subject matter for Regel are deeply entwined. Nature has been a source of creative inspiration since childhood, and she is especially inspired by rocks, water, and landscapes. “I can wander around for ages and stare at stones and be completely happy,” she says. “It really touches what I am about. But I’m not making work about the beauty of the grain of the stone.” Rather, she is fascinated with the fallen and the broken, with cycles of decay and renewal.

She has been called a Romantic, which is applicable in an art-historical sense.[ii] Her work is replete with emotion and like many nineteenth-century Romantic painters, Regel is inspired by the passion, colors, contrasts, and dark subjects of late gothic and early renaissance art. Hans Memling, whose The Last Judgment is in the National Museum in Gdańsk, was an early touchstone, and she regularly revisits medieval painting in London’s National Gallery.

Regel habitually refers to stages and states of life, of matter, of her materials, and of her work. Time, movement, transformation, and passage are themes common to human experience, to the rocks and clay that she manipulates, and to her sculpture. “Rocks are just glazes and clay in a different stage.” Asserting her will upon her materials is “like playing a little bit with time and reversing it.” Clay is borne of natural rock erosion. Glazes and slips are simply silica and other minerals. Regel puts particles back together and in firing the kiln, she applies forces like the earth’s, fashioning igneous or metamorphic rocks anew. Regel humbly engages with cycle that predates humankind and will outlast us. Each sculpture is a transitory state for very permanent materials.

Regel’s work channels emotion; lived experience; anthropomorphic or zoomorphic bodies, limbs, and gestures; rocks, forests, land and sea; and the sublime. Abstraction and ambiguity reign, yet her inquiry is evident. “It can’t be empty,” she says… “[the subject matter] is there. It’s free. It relates to other people’s worlds.” Two recent works, Elka and Lonia, are very personal. They reflect two stages of a life, one quite painful. Albeit vague, this description sets a fertile stage for contemplation. In Ula, an ovoid mass resembling a head rests at the end of a spine-like arch. Bodily or otherwise, it conveys a collapse.

Regel enjoys watching viewers react to her work. It is essential that people cannot ignore it, which is one of the reasons for the electric color palette she developed after coming to London in 2002. Already a trained sculptor, she pivoted to focus technically on glazes, slips, and firing at Westminster College and the Royal College of Art. London itself, cosmopolitan and vibrant, inspired strong color. Says Regel, “it needed to be shocking, to myself and to others, and almost the opposite of what ‘earth’ or ‘natural’ means.” She strongly associates color with emotion, noting precedents in medieval painting in which color drives intuitive responses.

Gold luster also plays a role in her work, acting both as lure and punctuation. Added in the last of her many firings, due to its low-temperature tolerance, the sparkle of the luster is strategically deployed. Regel describes her notion of beauty as broad, and enjoys playing with the idea that things are “almost ugly but still appealing.” Luster is her reassuring counterpoint of conventional, jewel-like beauty.

Stark contrast is part of Regel’s formative experience, having grown up in a concrete tower block during the communist era. She is cognizant of being part of the last Polish generation “which can vividly remember both sides of the world. The communist side, and then the change.” While her ten-story residence was packed with residents who were subjected to countless hardships, it was improbably sited in the middle of a great forest overlooking the water. From her seventh-story window Regel could see the sky, the sea, and the woods where she passed the idle hours of childhood picking up glacial deposits of Scandinavian granite and basalt. Landscape, a work from 2017, conjures these rock formations and the indelible stamp of nature imprinted on her young mind.

London, too, is a place of contrast. Regel’s sculptures—which recall raw earth, rivulets of water, trees, or stone cliffs—are wrought in an urban environment, where the best place to source granite is the not the forest floor, but rather, the kitchen countertop fabricator’s scrap bin. The cathartic potential of her art is not lost on Regel, who feels transported to another place when she works. She hopes viewers in an age of digital distraction find respite her art as well. This unquenchable spirit is alive in Trio, a work that balances the commingling of “three energies” with a dancer’s grace and sensuality. Perched on an unlikely handful of clay appendages Trio is poised to take off with a lightness that belies its physical heft. Wordlessly, it expresses both interconnectedness and the freedom of letting go.

[i] All quotations from the artist are from a personal interview with the author via Skype, September 5, 2018. 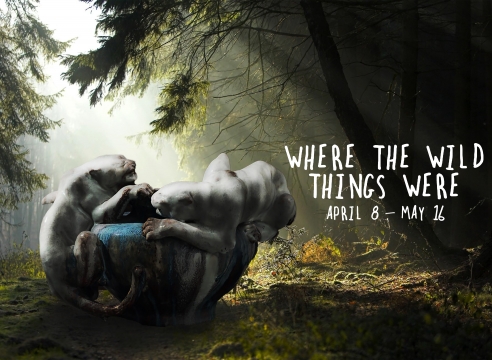 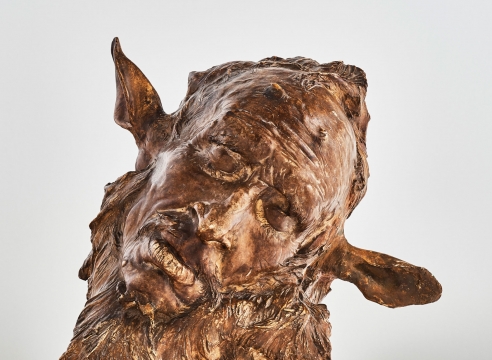