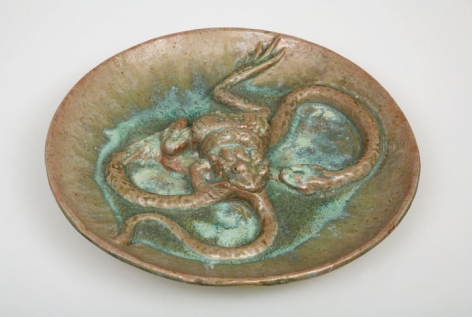 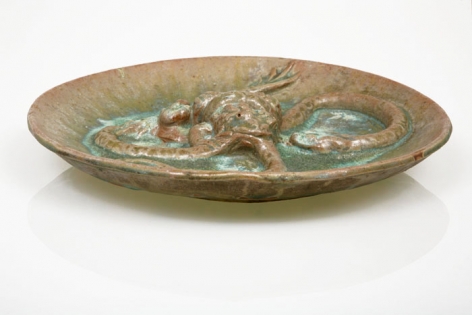 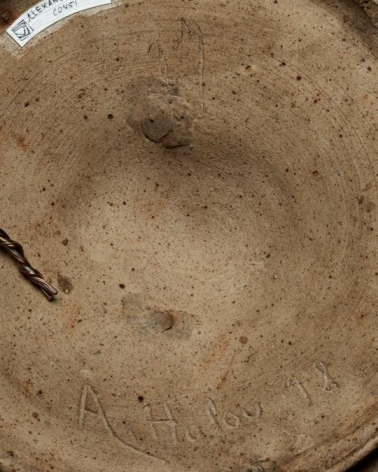 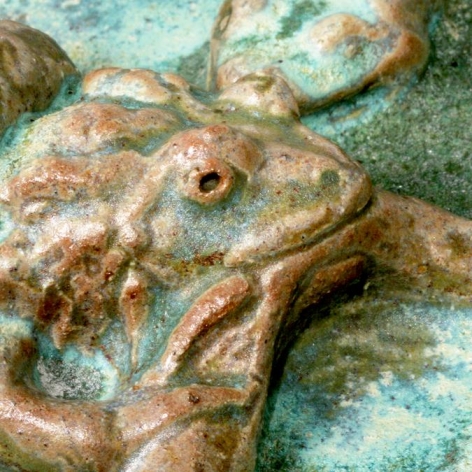 This disarming dish was intended as an artwork rather than as a functional object. Here, a carefully articulated frog attacks a helpless snake in a pool of translucent turquoise glaze that suggests water. The use of “lowly” animals as decorative sculptural devices was pioneered in France in the sixteenth century by Bernard Palissy. The late-nineteenth-century influx of Asian pottery with animal decoration seems to have reawakened Palissy’s spirit in Bigot and other French ceramists. 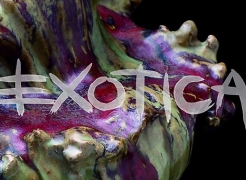