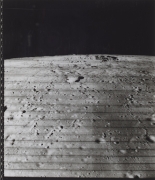 This oblique view of the Moon recorded by the Lunar Orbiter II shows the crater Copernicus just below the horizon. The wide angle lens photograph was taken at 7:05 p.m. EST on November 23 with the spacecraft's cameras tilted 17 degrees from the horizontal. Copernicus, 60 miles across and two miles deep, was formed by the impact of a giant meteorite. The rim of the crater is surrounded by angular blocks, up to 150 feet across., ejected by the impact. Steep cliffs, 1,000 feet high, are landslide scarps, down which masses of rubble have slid. Strings of gentle craters in the foreground were formed by impact of fragments ejected from the large crater. Keyhole shaped crater in the foreground is Fauth about 13 miles long and 4,500 feet deep. It lies 33 miles south of Copernicus. The round hills in the foreground are ancient rocks projecting through younger volcanic rocks. Lunar Orbiter was 28.4 miles above the surface and about 150 miles south of the center of Copernicus when the pictures were taken. This photograph was transmitted from the spacecraft to the Deep Space Network Station at Goldstone, Calif. on November 28. Lunar Orbiter is a National Aeronautics and Space Administration Project managed by the Langley Research Center, Hampton, Va. 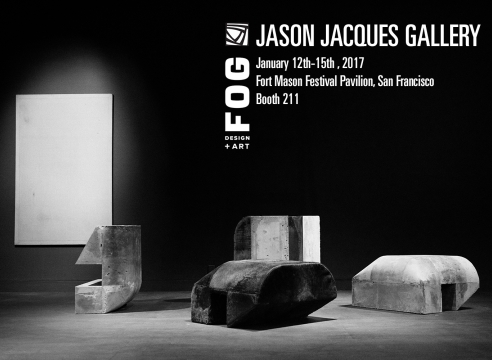