Jason Jacques Gallery proudly notes that its exhibition, Clément Massier: Master of Iridescence, was the first major retrospective in the United States to showcase the French ceramist's work, which is widely considered to be the finest iridescent luster pottery ever made. The scope of Massier's achievement was examined through almost 60 superb pieces dating from 1888 to 1905, much of it never having been on public display. The exhibition also featured important examples of lusterware by Massier's family and followers, demonstrating his profound influence on French art pottery during the late 19th century. Massier's impact also extended beyond the realm of ceramics: his luminous multicolored lusterware inspired Louis Comfort Tiffany to develop his celebrated iridescent favrile glass. A newly-researched scholarly catalogue, the first work on Massier in English, accompanied the exhibition. It provided full-page color photographs of each piece and a section devoted to artists' marks. All pieces on display were available for purchase, with prices ranging from $5,000.00 to $150,000.00. This exhibition offered a singular opportunity to collectors and devotees of Art Nouveau to view and acquire outstanding ceramics by the world's master of iridescent luster glazed ceramics. The exhibition marked the one-year anniversary of Jason Jacques Gallery's opening at its current location on New York City's Upper East Side.

The Jason Jacques Gallery has specialized in masterpieces of European Art Nouveau and Japonist art pottery for a decade. The gallery opened in 1996 in Soho's now trendy Elizabeth Street, then operated in Chelsea until it relocated to the Upper East Side in October 2005. Jason Jacques Gallery has assembled the world's finest collection of Art Nouveau ceramics available for sale, and has built many of the foremost private collections in the United States. The gallery also actively sells to major American museums that are adding Art Nouveau ceramics to their decorative arts collections. Over the last eight years, the gallery expanded its inventory to include rare vintage posters by leading members of the German and Austrian Secession movements, as well as portfolio prints by Gustav Klimt and Egon Schiele. These magnificent prints were the subject of the gallery's groundbreaking exhibition Rediscovering Portfolio Prints by Gustav Klimt and Egon Schiele (March 31-June 30, 2006). Like Masterpieces of French Art Pottery, the gallery's first exhibition at its new location, the portfolio print exhibition demonstrated Jason Jacques's commitment to bringing historically important but little-known decorative arts to a wide audience. This goal has been implemented through two scholarly catalogues that accompanied the above-mentioned exhibitions. Based on extensive original research, the French art pottery catalogue was the first English language publication about the movement's leading ceramists, and remains so to date. Similarly pioneering, the portfolio prints catalogue definitively established the history and technique behind these remarkable yet misunderstood artworks. Through its unique collections and innovative exhibitions, Jason Jacques Gallery promotes the appreciation of rare European decorative art to connoisseurs and laymen alike. 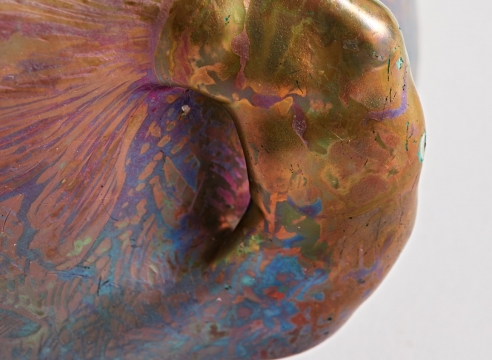